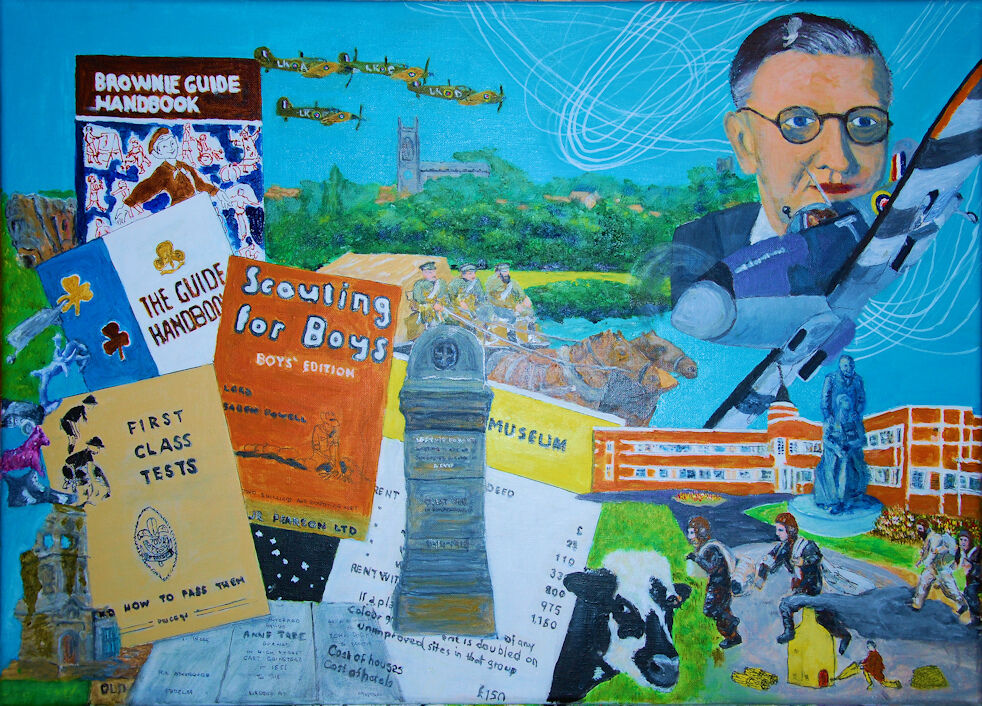 Museum Piece - work in progress
Picturing History - a Museum Piece
10/09/2021
Following a visit to the East Grinstead Museum, I have entered their event later in September) I have decided to make a general picture featuring a number of different subjects from the museum. Included are subjects related to McIndoe and the Queen Victoria Hospital, Scouting (East Grinstead hosted one of the earliest Scout troops), World War 1 troops (stationed on Ashdown Forest), Roman ironworks, the millennium stone, Monopoly and a cow (the museum is built on the site of the cattle market). The picture shown here is not quite in its final state.

Pictures selected will be on display until January 2022
Next
Previous